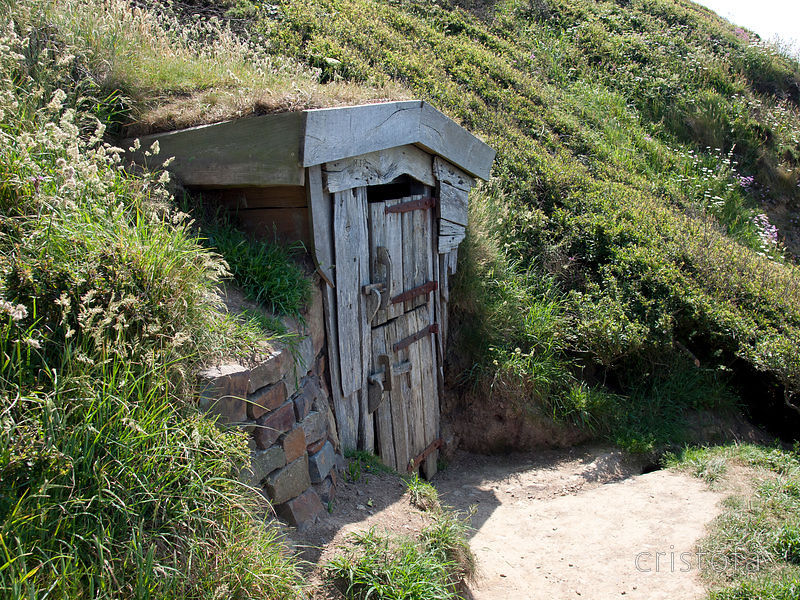 Parson Robert Hawker built a small shanty hut under the cliffs at Morwenstow, from driftwood which he had collected, hauling it up from the beach. Most of it probably consisted of wreckage from ships which had come to grief on the rocks. Naturally accessible only by foot, it is at present the smallest property owned by the National Trust.

Situated in Cornwall’s attic, the Church of Morwenna and St John the Baptist dates back to Norman period; though it is better known for its association with Reverend Stephen Hawker who frequented Cornwall’s northernmost parish between 1834 and 1875. The eccentric vicar, writer of Cornwall’s Anthem, Trelawny, was drawn to this stunning location where he preached, wrote poems in a hut built from driftwood and dedicated much time burying dead mariners who had succumbed to this kingdom’s brutal coastline.
The first landmark along the pilgrimage is the famous ‘Hawker’s Hut’ tucked under the cliffs as the journey heads south towards Bude – a further 6 miles from here.
The coast takes in an area of outstanding beauty largely defined by rock-strewn coves with granite cliff shapes sculptured by the wind and sea. Predictably nature and history play a significant part in the journey but so does science and technology too; as the trail passes through Stanbury the mass of towering satellite dishes visibly portray Cornwall reaching out to a new age.
Beyond here, the path ebbs into a gentle undulation as the charming coastal town of Bude grows ever near. At the foot of the town is a campsite and in the centre is a range of local shops, pubs and restaurants which provide a welcoming atmosphere for travellers at large. There are many interesting features and landmarks with a Tourist Office close to the Bude Canal.

The Bude Canal is not just a relic of the past but is in fact the start of The Cornish Way and the next phase to of this journey. Completed in 1823, the 35-mile canal was built to transport calcium-laden sand from beaches to inland farms to be used as fertiliser. Although a benign industrial product of yesteryear, it now thrives as a leisure gateway for those in search of tranquil goals such as fishing, walking and cycling.
Eventually Bude fades in the distance as the trail follows an inland course to Marhamchurch, named after its magnificent Norman church of St Marwenna. There are both inn and shop here allowing time to relax before walking a further 4 miles of cattle roads to the village of Week St Mary. This is a special treat – coupled with ancient church and inn one can enjoy the intoxicating atmosphere of a traditional olde worlde village green.
After leaving Week St Mary abandon Route 3 and locate the Clubworthy road. Follow this country lane as far as the B3254 at Langdon where there is an otter sanctuary close by, and away to the left across the road is the Countryman Inn. The pilgrimage bears right and continues towards Launceston (4 miles); it passes Yeolmbridge and a few small settlements; finally entering the town by St Stephen’s Church.